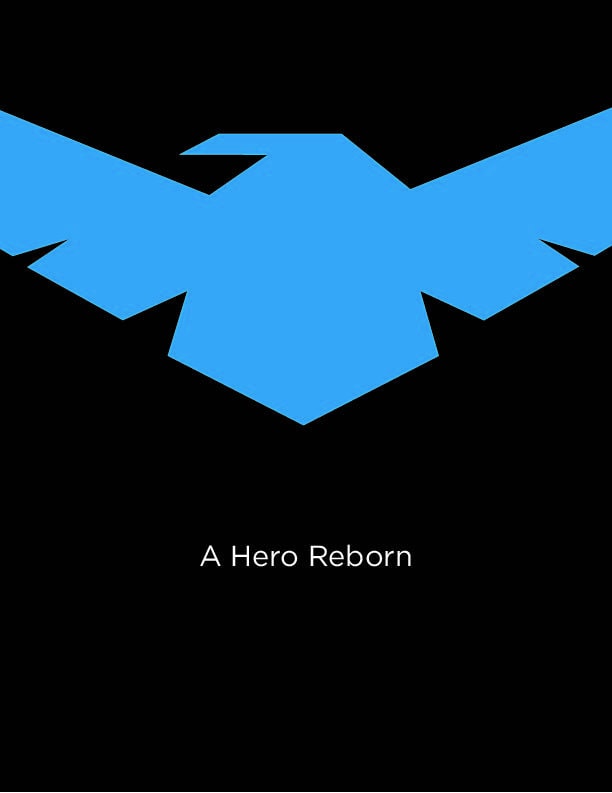 In DC comics, the character Dick Grayson, also known as the first Robin helped The Dark Knight for several years. As time went by, he started to feel under-appreciated by Batman. After a while he decided to break away by becoming his own hero, and protect his own city known in the comics as Blüdhaven. The saying “A hero reborn” may be simple, but it explains the rebirth and growth of a character going from a sidekick, to becoming his own hero, Nightwing.

The color scheme of this poster is based on matching Nightwing’s costume he wears when he patrols the city. The logo is a mute so it does not pop off the screen. This design was made in the comic to base off of The Dark Knight’s original costume when he had a target on his chest so enemies had a target to aim at so civilians were not hit. The black background also gives the chance for giving a feeling of mystery for when someone looks at it, while the text is in white so the text almost jumps off the page so you understand what the poster means. This illustration is minimalistic by showing the symbol for Nightwing and a saying that describes his character.

But please contact me if you have any problems with your order.

0 items in your cart